[Slug]
She dropped the gun and started running down the corridor
She found the exit to get out that department store
She reached full sprint when she hit the parking lot
She didn't see police, not even any rent-it-cops
She ran across the street and went behind the Applebee's
From there she could see those abandoned factories
Figured there's a good place for her to hide away
Knowing she could climb inside through the fire escape
At this point, still felt like a dream
In her head she could still hear the little kid's screams
Leaning up against the dumpster to find some breath
She could hear the sirens, now it's time to step
Running through the alleyway now relentless
Bobbing in between houses, hopping fences
Only two more blocks till the overpass
The adrenaline is rendering a panic attack
Maybe she should go back and explain it all
Maybe the best thing to do now is take that fall
Ain't no way that they won't understand
Daddy's little girl is never gonna hurt again

She can't believe that she's having this dilemma
Tryna find a reason that she shouldn't go surrender
She's a kid and a first time offender
Plus he had it coming, hell it's colder in December
Decided she would make it to the vacant warehouse
From there she could try to get her head to clear out
She needs a minute to sit and think
Some time to reflect on these events and let 'em sink
There's the building, it's empty she hopes to God
The fire escape is on the back near the loading dock
The next chapter to the happy ever after
Wrapped her little fingers round the cold metal ladder
Started climbing, that's when she heard the officer
"Millie turn yourself in now girl, come down from there"
She tried to look over her shoulder
Lost balance, fell four stories, it was over 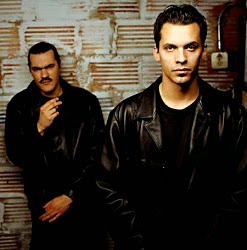